Eva Pilarová. She came, she sang, she won. It was the year 1960 and the Semafor Theatre was looking for new talents. The moment we heard Cole Porter song Night and Day at Semafor, it became clear to us that Fate, having assumed the form of the double-bass player Milan Pilar, had found us a singer that other theatres would envy us. Jiří Šlitr immediately composed a demanding jazz piece for the play Such a Loss of Blood - as a lyrics writer, I was not of much use for the piece was conceived as a scat, i. e. a song where the lyrics are substituted by rhythmic syllables. Eva Pilarová coped with the composition with brilliance, and has ever since rendered our theatre much dutiful service. 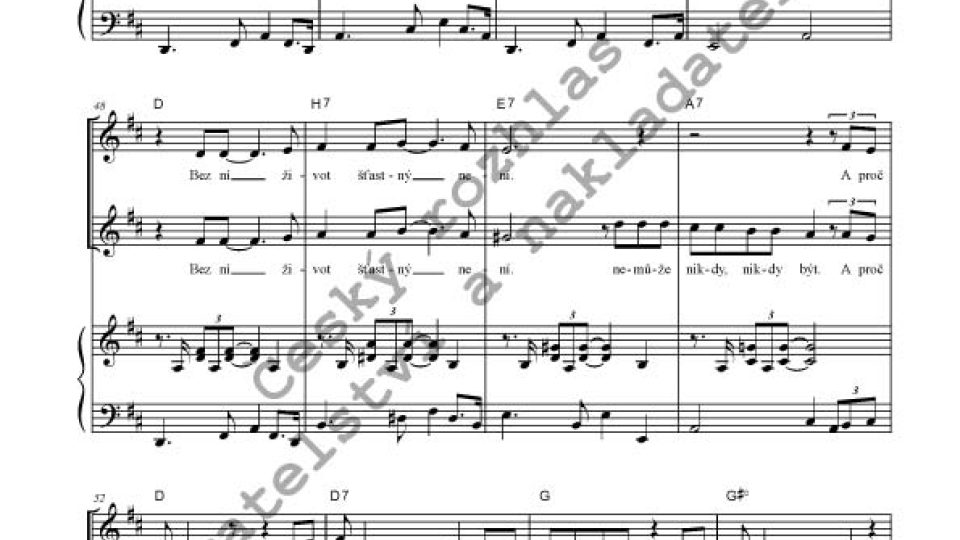 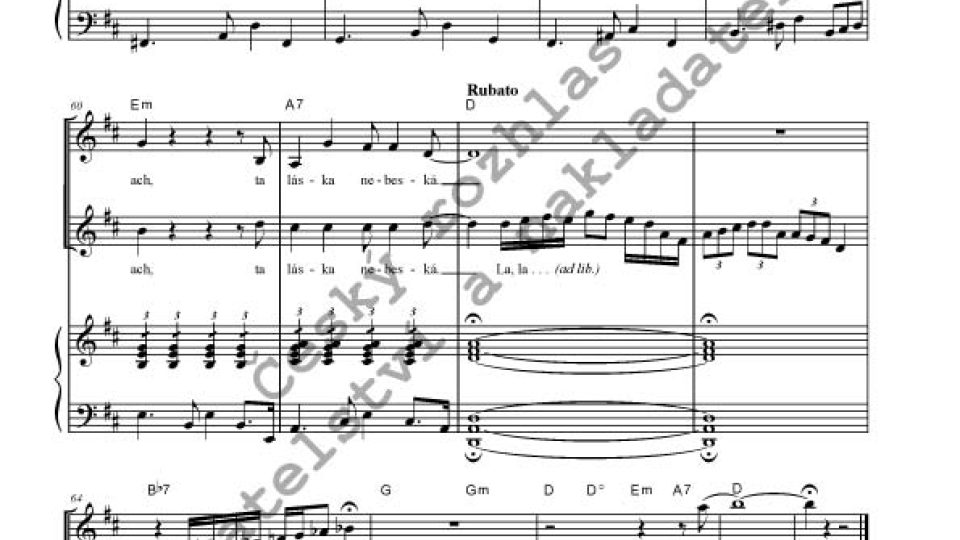 Our paths parted, then met again, only to part and meet again and part once more - just the way life goes. At any rate, Eva Pilarová's artistry has never been affected by this, she has always been great. And even today, this remains as true as ever, comments Jiří Suchý.

Apart from the arrangement for voice and piano with available versions for voice in E flat, B flat and C, there exists also a score for solo piano.