“Coined and assigned to the piece only after the score had been completed, the title of Scattering – Reintegration was meant to reflect both the original intention and the composition as it was eventually conceived. The original idea was to write a piece of music where disintegrated fragments of melodies and rhythmical patterns gradually turn into a coherent stream of music. This, however, does not really happen in the resulting composition. The separate fragments merely glide towards and eventually overlap one another, which – although a full integration is not achieved – does render the music more or less continuous. Just as any progress in time is non-continuous, so are all sounds audible at a certain moment always a result of the intersection of virtually independent layers that seem hardly to communicate amongst themselves; rather than that, they seem merely to overlap or immerse into one another only to regain their independence later on. From time to time they seem to intermingle at random. “ 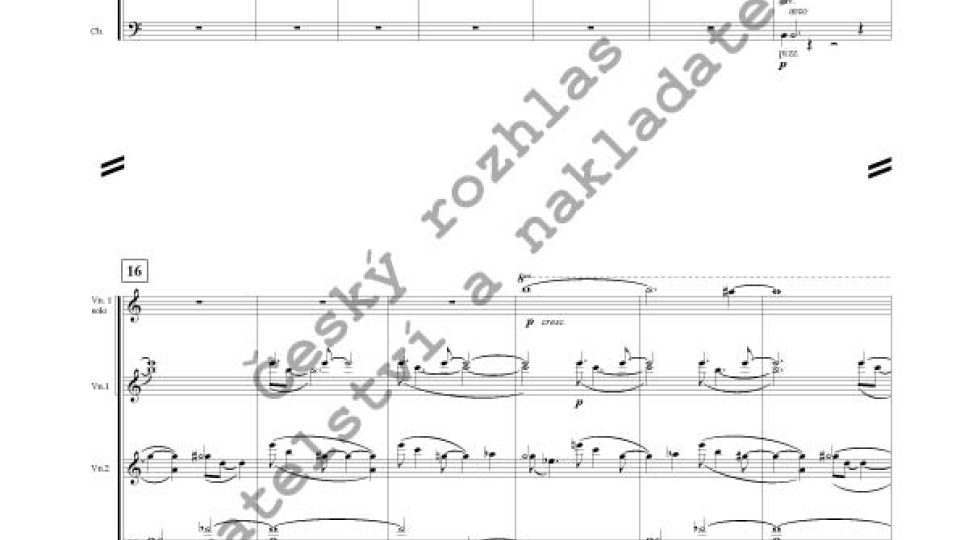 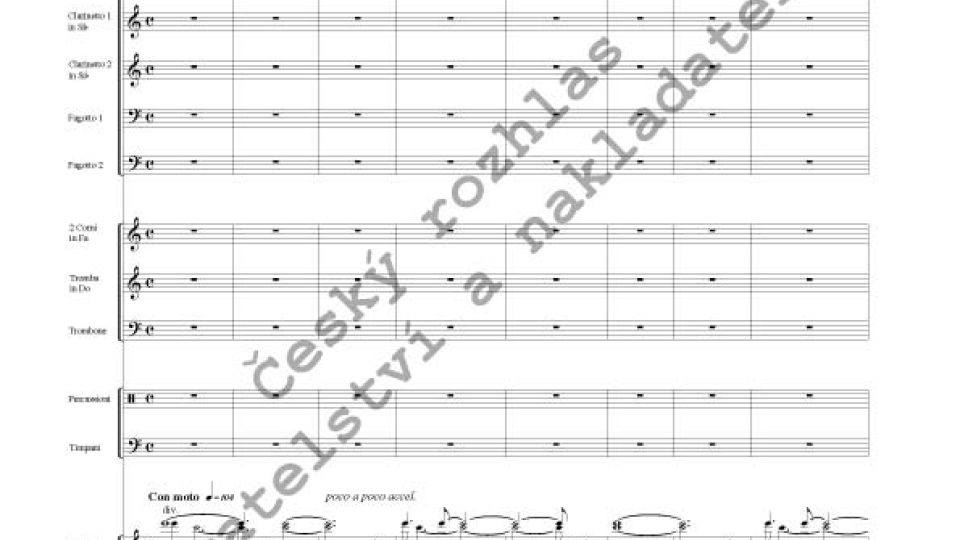 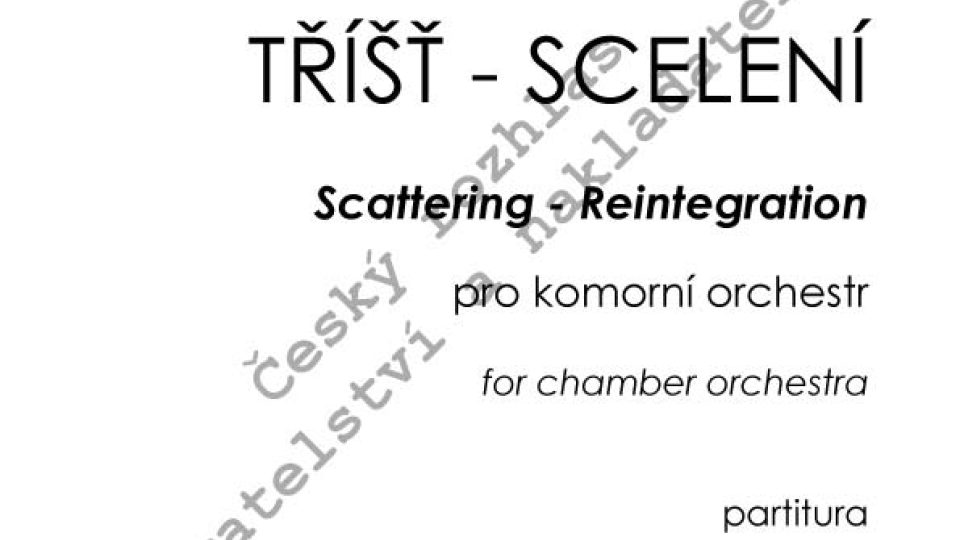 “It was only when the score had been finished that it occurred to me that all this can also be seen as a parallel to certain real-life situations; although people talk amongst themselves, they barely seem to understand one another. Each of us treads on along their “own paths”, unable or unwilling to be affected by what other people say. Genuine mutual (“integrated”) understanding is rare. Despite the fact that the composition was not originally meant to profess any particular idea or programme, I do hope that it is capable of evoking the notion of an underlying story.”

As a composer Hanuš Bartoň (b. 1960) devotes himself mainly to instrumental music. He has composed a number of chamber and orchestral works performed on national stages and abroad. He is also author of incidental music.