"At the beginning of the year 1999 I have composed a new piece for the ensemble MoEns (formerly known as Mondschein Ensemble). At that time I was interested in using of consonant sounds in another relation than the tonal music had brought. The Passing of Time is based mostly on major triads ranged according to a system developed especially for this piece. Sometimes it sounds rather like a spectral music style, but the base of the system and also my expressive intentions are different from that contemporary French stream." 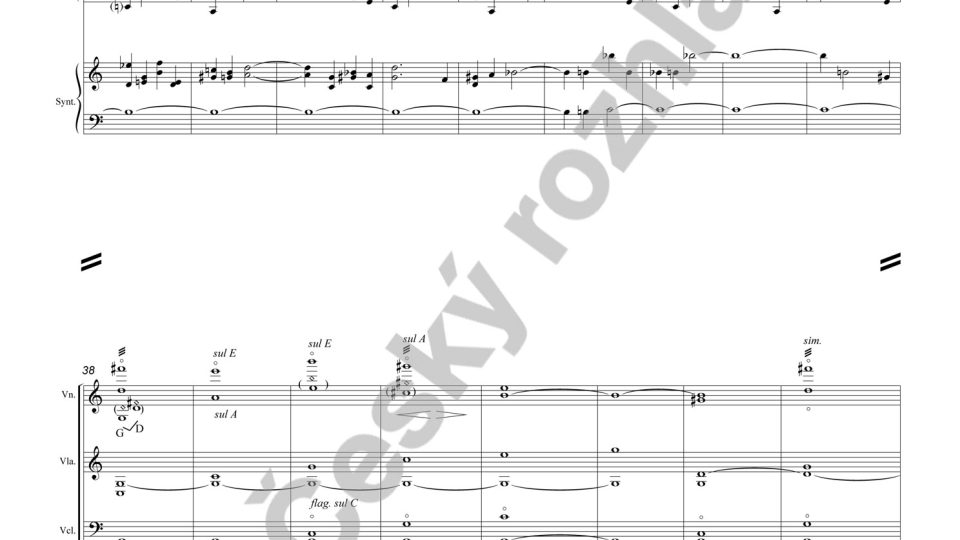 "Slow and unobtrusive changes of the harmony and the required, for the instrumentation leading colour of the synthesizer, give to the music an expression of a slow flight. The title, which I invented after having finished the piece, corresponds with this feeling. The Passing of Time was performed since 1999 by the MoEns ensemble many times in the Czech Republic and other countries. The Passing of Time has been also performed by Ensemble continuum at Toronto (Canada) in April 2008 and recently by the Norwegian ensemble BIT 20 at ISCM World New Music Days Gothenburg 2009."

As a composer Hanuš Bartoň (b. 1960) devotes himself mainly to instrumental music. He has composed a number of chamber and orchestral works performed on national stages and abroad. He is also author of incidental music.