The charming miniature suite for small orchestra, Suite en miniature, op. 1, by Vítězslava Kaprálová, came into being in autumn 1935, at the beginning of the composer’s composition studies with Vítězslav Novák at the master school of the Prague Conservatory. 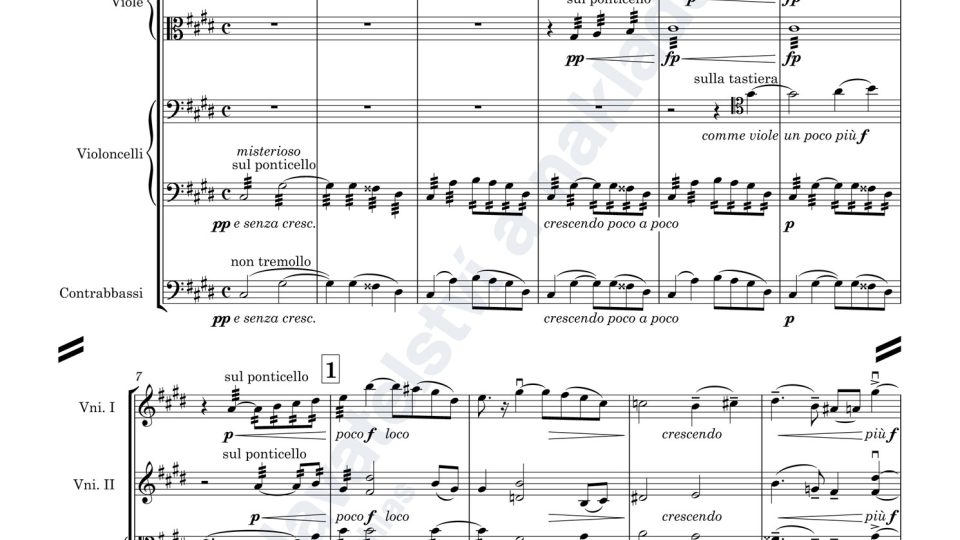 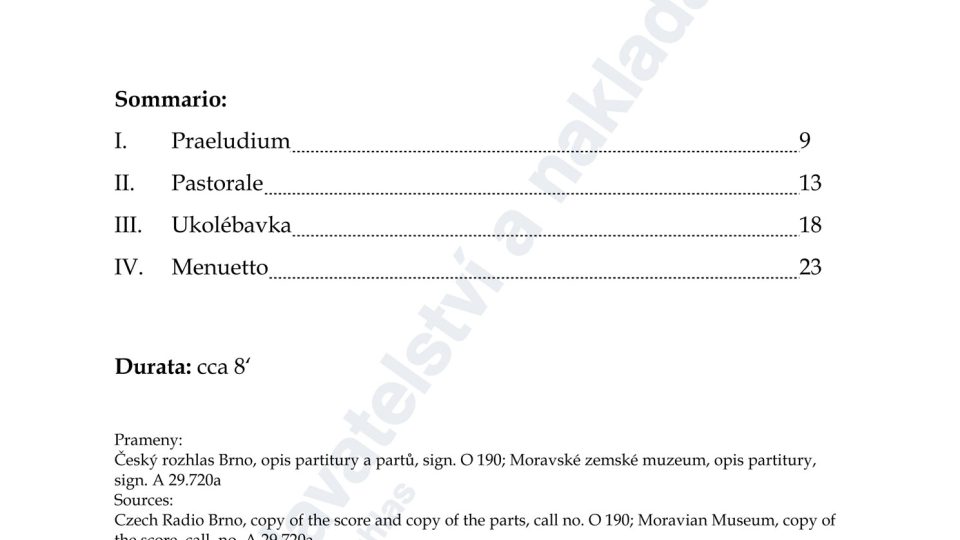 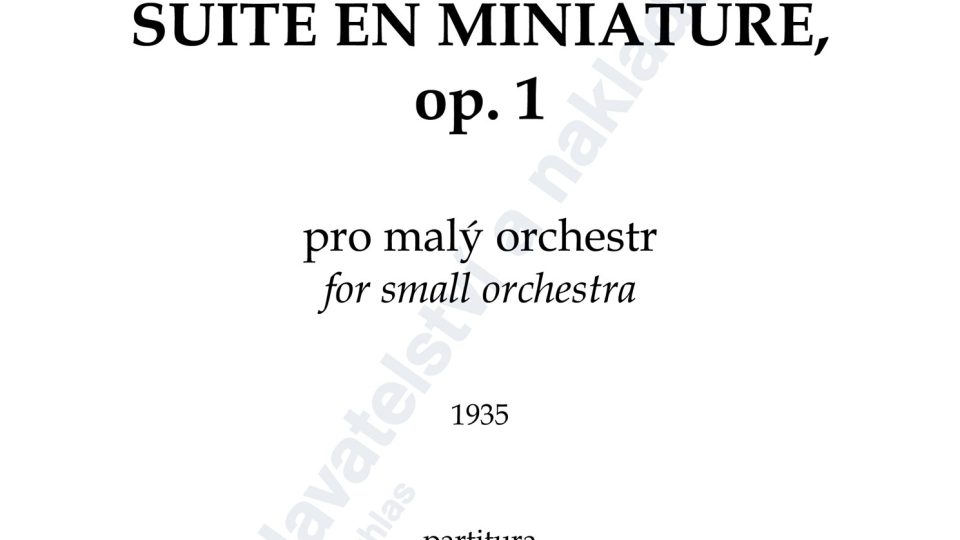 Its ideas are much older, however; the composition is based on the musical material of the composer’s piano suite from 1931, still rooted in Slavic romanticism combined with French impressionist elements. That would also explain the opus number, because chronologically the work neighbours in the Kaprálová catalog Grotesque passacaglia and Three Piano Pieces , op. 9, both from the same period.

Despite the close connection with the Five Piano Compositions however, the Suite en miniature can be considered as a separate work, for it differs from Five Compositions not only in scoring, the number of movements and their titles (Praeludium, Pastorale, Lullaby and Menuetto ), but, to some extent, also in musical material.

She dedicated the Suite en miniature to the Brno Radiojournal Ensemble that gave it its premiere (under the baton of Theodor Schaefer) at the Brno Radio on February 7, 1936.