The works that dominate the relatively large catalogue of compositions by Vítězslava Kaprálová are songs and instrumental compositions. In contrast, choral works are represented by only a few titles; however, there are gems among them that deserve to be better known, given their potential to enrich not only Czech but also Slovak choral literature. 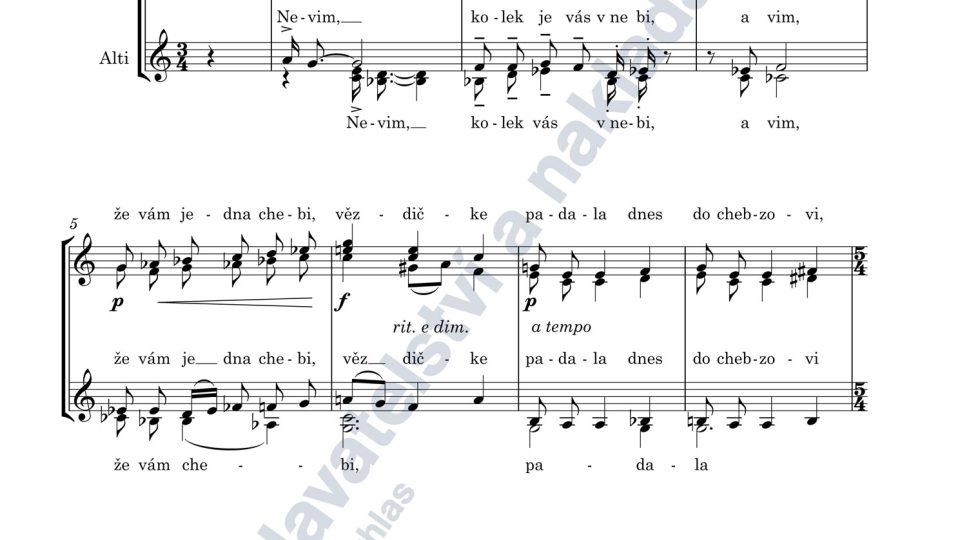 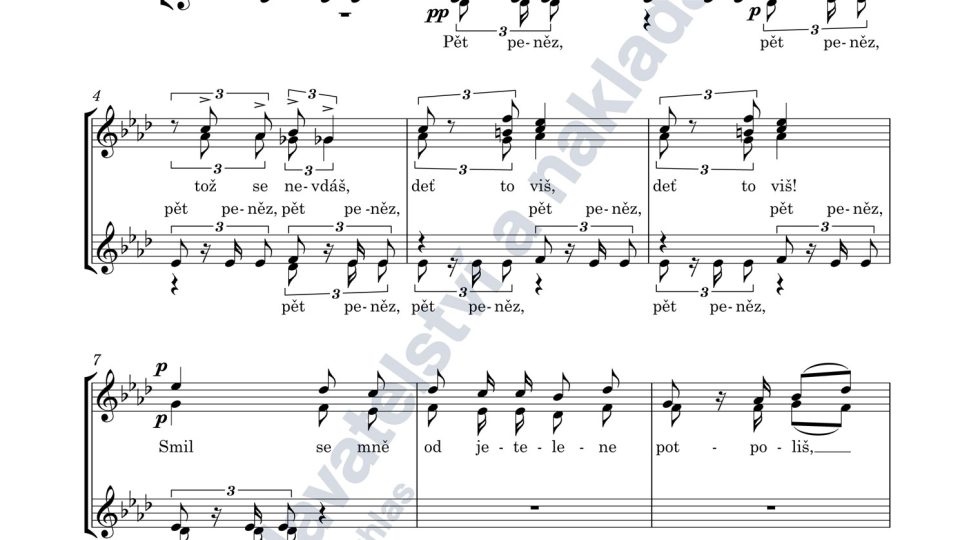 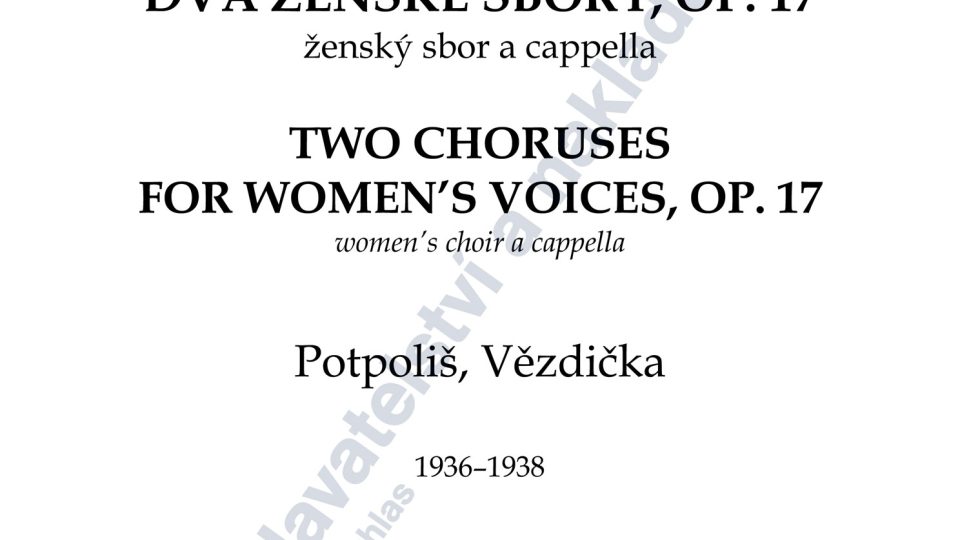 Vítězslava Kaprálová’s first attempt at choral composition was at the tender age of thirteen and resulted in a lovely setting of Neruda’s poem Matičce (To mother). This miniature for three children’s voices from 1928 has remained in the choral repertoire ever since thanks to its accessibility and charm. The composer’s most substantial vocal-instrumental work Ilena, op. 15, from 1937–1939, has met with a less favourable fate. The four-part cantata for soli, mixed choir, a reciter and large orchestra (on text by Ľudmila Podjavorinská) contains splendid choruses that are still awaiting their inclusion in the choral repertoire.

Similarly neglected are Vězdička (Little star) and Potpoliš (Quail), the Two Choruses for Women’s Voices a cappella, op. 17 from 1936–1938, which are the subject of our first ever complete edition.
The two choruses, set to texts of Ondřej Přikryl, which Kaprálová adopted from the second edition of his Hanácky pesničke, were in part composed concurrently with the cantata Ilena.

Both the cantata and the choruses are still rooted in the post-romantic style which Kaprálová was already abandoning at the time. Perhaps it was the difficulty of this transition, combined with the necessity of learning the advanced technique of choral composition in preparation for her cantata, which led the composer to modify these works repeatedly. At the beginning of 1938 she arrived at a final version ready to be entrusted to her father for performance and worthy of an opus number.

We do not know the date of their premiere; however, it is likely that Vězdička, the earlier and less accessible of the two choruses, was performed only after the war, when it was further modified by Zdeněk Kaňák at Kaprálová’s father’s request. Its first known public performance took place on 23 January 1955 in Brno-Královo Pole, Kaprálová’s birthplace. Despite their technical demands, however, these choral compositions have considerable appeal, as confirmed by an increased interest in them from abroad, where they have recently been included in the repertoire of the Commotio Choir from Oxford and the Chamber Choir of the University of Michigan.