"This collection presents arias of Baroque composers. I added piano reductions for practical purposes so it is possible to perform with piano accompaniment – or, based on the time of their origin, cembalo accompaniment. 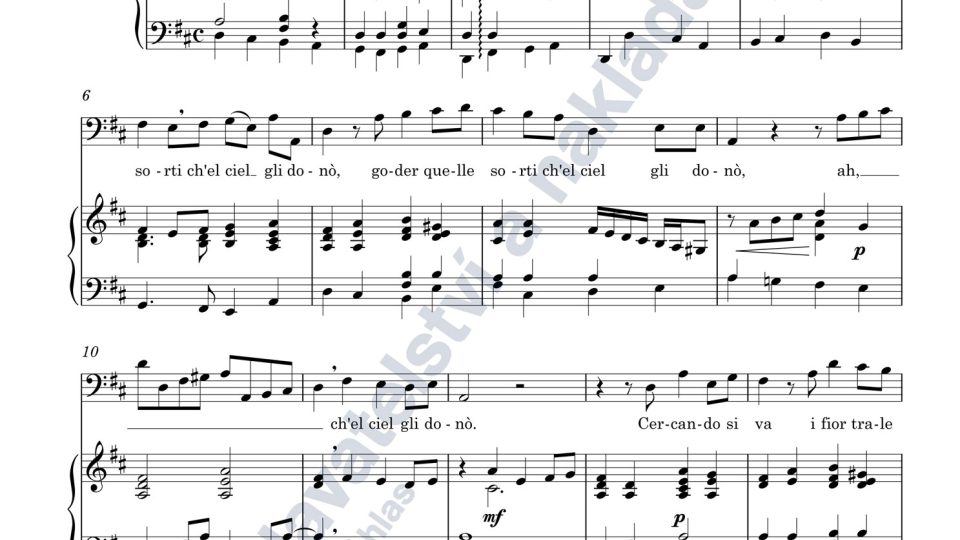 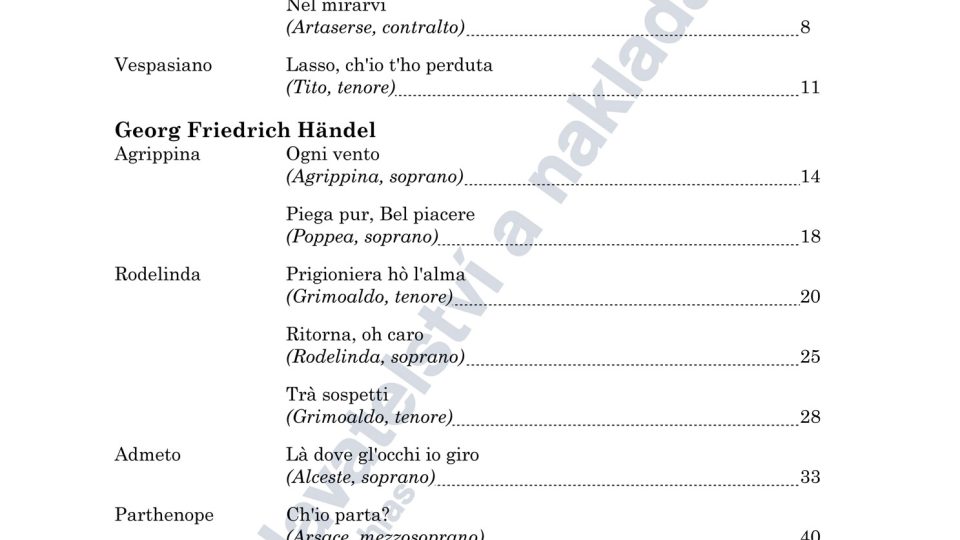 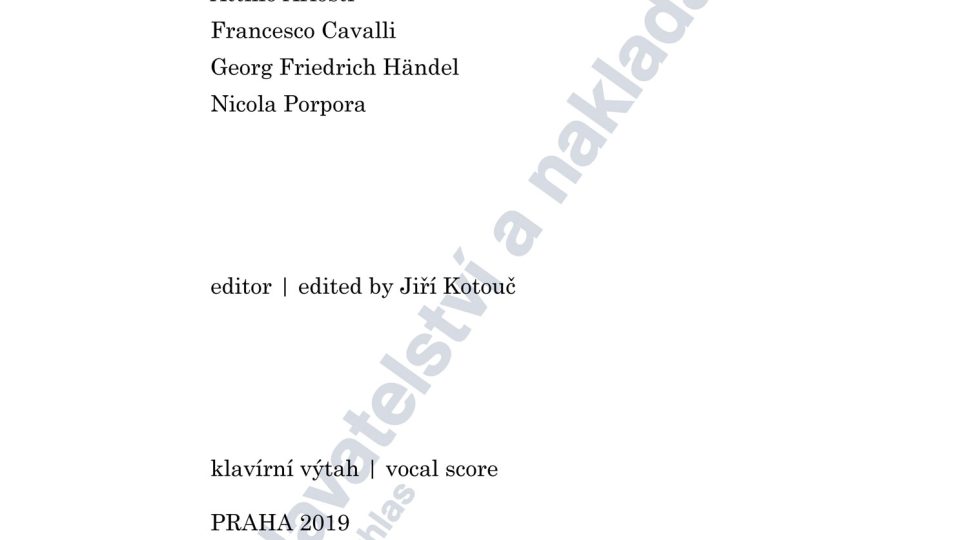 The compositions are beautiful, precious and difficult to access so it would be a pity if a broader public did not get to know them. The arias are for different voices and various levels of the singers’ abilities.

Francesco Cavalli (1602–1676) was already at the age of fourteen accepted by Monteverdi to the choir of St. Mark‘s Basilica in Venice. Later he followed his master’s footsteps in opera - he wrote 42 operas (in Venice, there were 18 opera theatres in the first half of the seventeenth century when the population of the town was 140 000). He was the first to put the libretto “Xersè“ (Nicola Minato) on music that was later altered by Silvio Stampiglia for Bononcini (Roma 1694) and used also by Händel (London 1738).

Attilio Ariosti (1666–1729) worked in Bologna, Venice, Berlin, Paris and in London. He wrote 25 operas and eight of them were performed in London. He was a virtuoso on viola d´amore, for which he composed many compositions beside his other chamber and orchestral compositions.

Georg Friedrich Händel (1685–1759) wrote 42 operas, 4 of them in Hamburg, 2 in Italy (Florence and Venice), starting with “Rinaldo“ in 1711, all the following operas were composed and performed in London. All his compositions composed in England were published by John Walsh (1665–1736) – this publishing house was active until 1783. It published compositions of other composers, mostly opera composers active in England at that time. In Prague, operas “Alcina“, “Rodelinda“, “Rinaldo“ have been performed lately. Already in 1960s, “Acis a Galatea“ was staged in the National theatre. Berlin opera performed opera “Ariodante“ in Prague, the Leipzig opera performed opera “Xerxes“ and the theatre from Ústí nad Labem performed opera “Poro“. Aria of Ruggiero from opera “Alcina“ (Bramo di trionfar) cannot be found in any printed score nor on a recording although it is listed in the thematic catalogue HWV. Only one recording (Alcina – the conductor Richard Bonynge from 1962) includes this aria. I obtained its copy in 1960s from Christopher Hogwood when he was in Prague and I present it in this publication.

Nicola Porpora (1686–1768) wrote 43 operas that were performed all around Europe. Six of them were written in London. Like many opera composers of that time, he was also a famous teacher of singing – the famous Farinelli was among his pupils and he taught composition to Joseph Haydn.

Other titles by Jiří Kotouč published in Czech Radio:
Sacred Arias and Duets