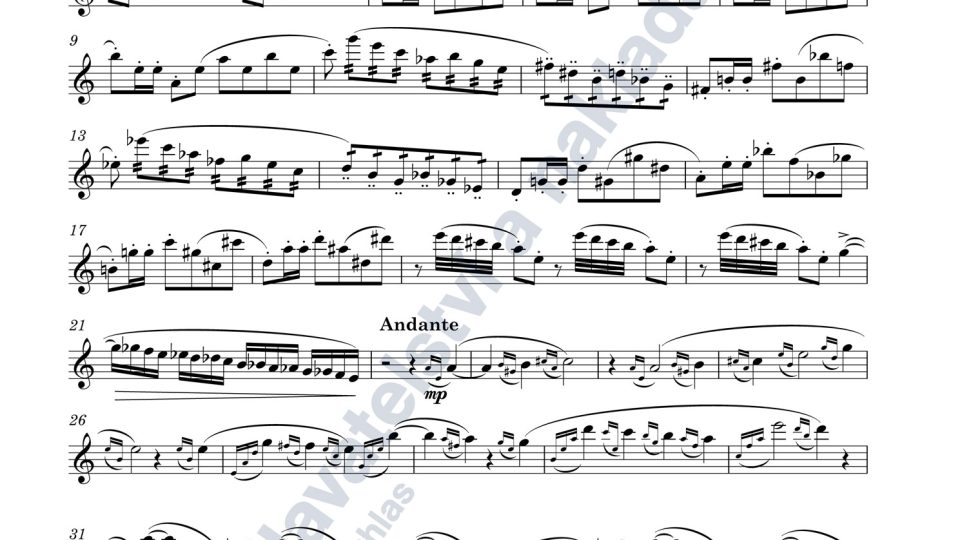 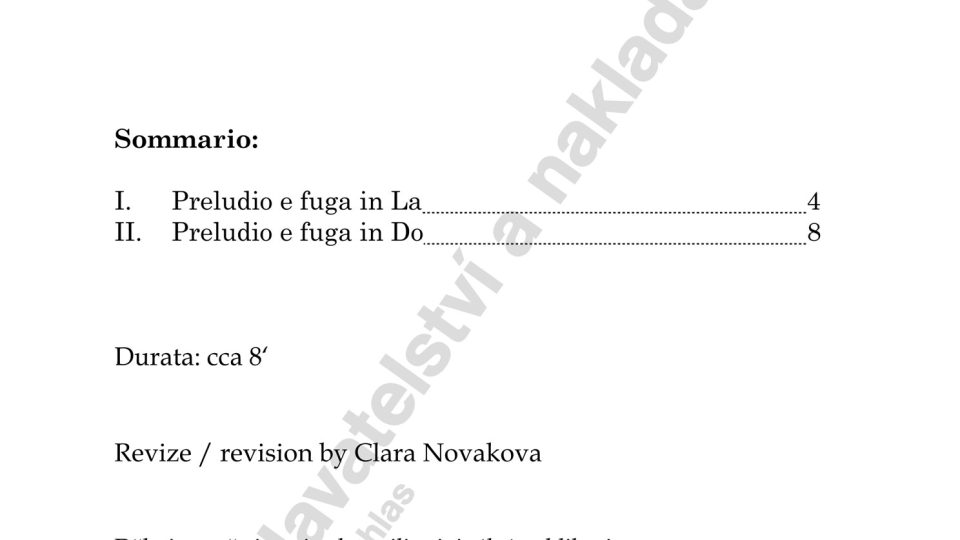 This inspired him to write himself several preludes and fugues, initially "Die Wohltemperierte Flöte". Finally he managed to finish only four preludes and fugues; the fifth remained a sketch. Two of these pairs of compositions, A major and c minor, were published by the Italian publisher Zanibon as “Due Preludi e Fughe”, and were for long considered to be the only existing ones. Both were premiered in Milano, Italy, in 1979, at the opening of a painting exhibition dedicated to Ladislav Dydek's works, a Czech artist who was a close friend of Jan Novák. He has been living with his family on the Garda Lake as well.


A new revised edition is truly necessary, as the Zanibon Edition no longer exists, and these beautiful pieces are increasingly popular among flutists, not only in concert programs, but also at competitions and exams.

Both preludes are of very contrasting expression, and the fugues are written respecting the compositional rules, which could seem difficult, the flute being a monodic instrument. The Fuga in La (super Cuculi cantum) has as main theme the cuckoo's calling.