Jan Novák was always deeply interested in all kinds of religious systems, having also studied avidly many of them. However, as a former Jesuit grammar school student, he always felt most at home in the world of Christianity. Therefore, it is not surprising that his late compositions are firmly set in the field of Christian faith. For “Hymni christiani” Novák chose – with the single exception of the last movement – texts written in ancient meters, adapted and simplified by the author to draw on the music tradition of the Church. Hymni christiani represent a clear Christian counterpart to Odae, Novák’s five-part cycle based on Horace’s pagan texts. 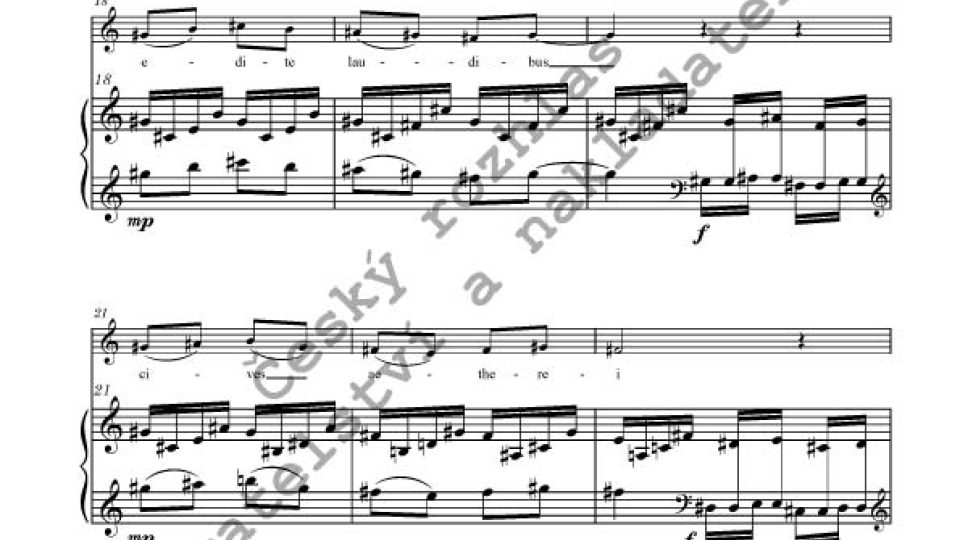 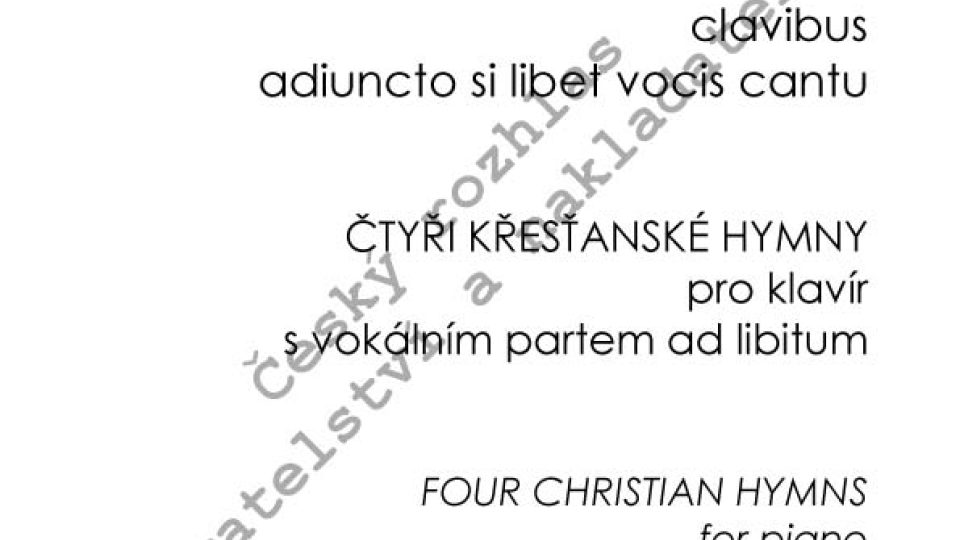 In “Alleluia perenne” (“A Never Ending Alleluia”), the remarkable jubilant first part of the cycle, the original asclepiadic rhythm appears in the simplified form of the 4/8 time. The ardent hymn “Iesu corona virginum” that follows is ascribed to St. Ambrose and was originally written in ambrosian diameter; here, the iambic rhythm of this early Christian verse is effectively replaced by the 6/8 time. The 8th-century Paul the Deacon’s Hymn of St. John from the 8th century became integral part of music history due to Guido of Arezzo (11th century), who used this chant to help his students understand the diatonic scale and learn the names of individual tones: ut (later do), re, mi, fa, sol, la (solmisation). Novák follows Guido’s example in this piece but uses his own melody to do so. “Stabat Mater” is based on the well-known medieval hymn.

The cycle as such resounds with deep Christian mysticism. In the last movement, the “Stabat Mater”, both the performing artists and the listeners are faced with a monumental depiction of the crucifixion history.
Jan Novák