Rotundelli, little rondos or - to use the figurative Latin meaning of the word - well-balanced, "well-rounded" compositions where endings are closely linked to the beginning, as well-rounded as the form of a violoncello: indeed, anyone can, using only their own imagination, try and find a connection between the title and the work in question. As far as the music is concerned, it stimulates both the performing artist's and the listener's imagination by its playfulness and emotional depth, by its engaging sound qualities and human maturity. 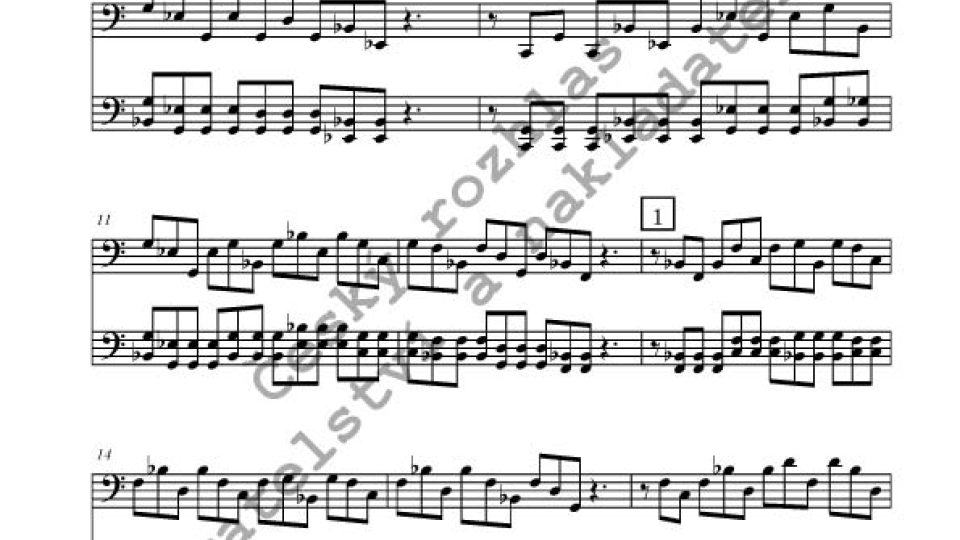 Rotundelli are dedicated to the violoncellist František Smetana, the composer's long-standing friend, who premiered the work together with the pianist Eliška Nováková, the author's spouse. Already during the rehearsals leading to the premiere several alterations were made in cooperation with the author, mostly in the second movement. The final version, prepared for publication by the author, does not contain violoncello double stops; in the present edition, these are to be found as "ossia". The first version differs from the second also in the following bars: 29- 34 and 115 - 120; these bars are printed in the current edition.