Václav Vodička (Wenceslao Wodiczka) (c.1712–1774) was one of the musicians-composers who belonged to Czech musical emigration of the eighteenth century. He worked in Munich and Paris and his output includes symphonies, Violin or Flute concertos and sonatas. 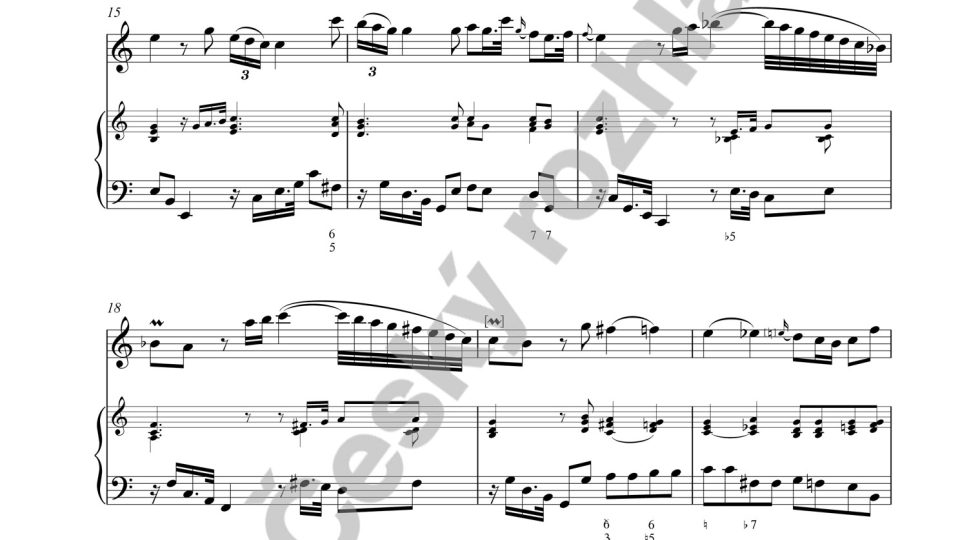 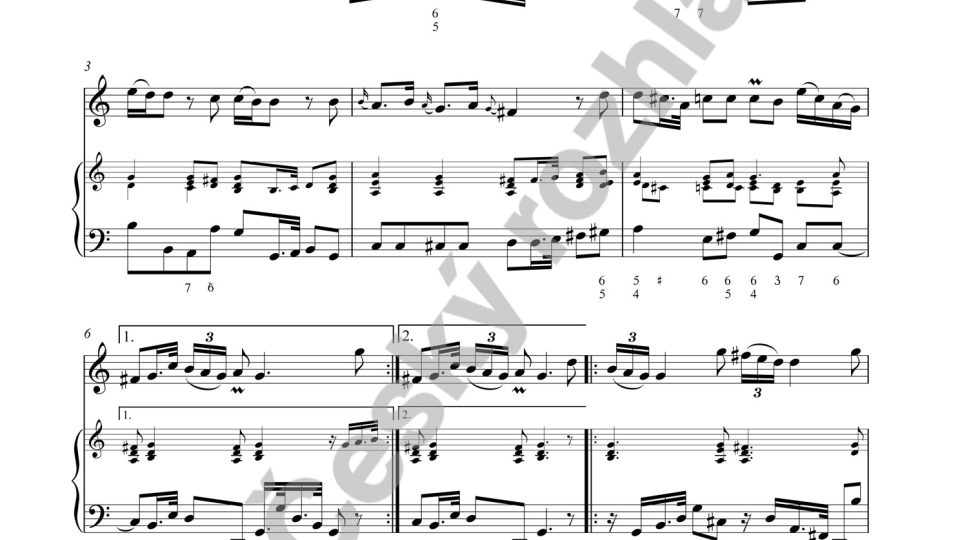 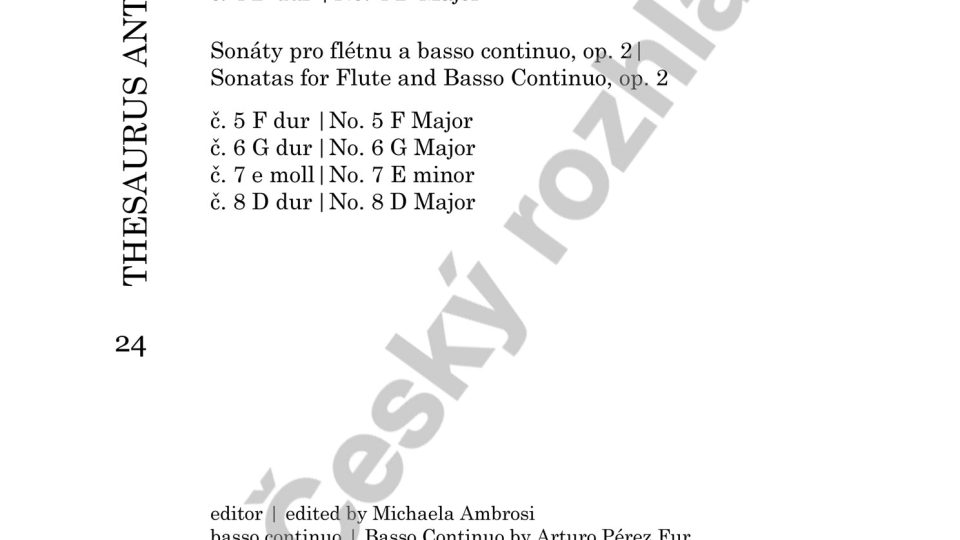 For the release of the Eight Sonatas for Violin or Flute and Basso Continuo, op. 2 by Václav Vodička (c.1712–1774), two sources were used, as the original autograph manuscripts no longer remain extant. An undated Parisian print issued by Madame Boivin and Sieur Le Clerc is now stored in the music department of the Bayrische Staas-Bibliothek in Munich. This print became the primary source of the current edition. After 1742, Vodička received royal privilege to print and make public the volume of these sonatas named “Huit Sonates pour le violon et la basse dont il y en a quatre pour la flute Traversiere ... oeuvre second“, which he dedicated to the former empress and Bavarian elector, Maria Amalia of Austria.

As a second comparative source, a copy from the music collection currently stored in the Jean Gray Hargrove Music Library, University of California, Berkeley was used. It is titled “Sonata Violino e Basso Del Sigri: Vincislao Vodischa”. Répertoire International des Sources Musicales (RISM) states the provenance of this source, noting the Stecchini family from the Italian city of Bassano del Grappa as the previous owners of this collection.[1] Duckles also presents a hypothesis that this music collection could have been later owned by an amateur musician, and Tartini’s admirer, Antonio Bonaventura Sberti. The copyist is mentioned as being one ‘A. Brown’.

The sonatas were edited by Michaela Ambrosi, player of baroque Flute. Basso continuo was prepared by Arturo Pérez Fur, Spanish Harpsichord player and founder member of the baroque ensemble L’Estro Armonico. The intention was to transfer most accurately the primary source in regard to modern rules of notation and to improve readability for current performers and scholars. Our edition offers two options for the accompanist: the version with the figured bass and another one with an additional realization for the right hand. Keyboard players able to read basso continuo are advised to use the former one and develop from it their own ideas and sound concept. For the ones lacking that skill the written-out version offers a possibility of accompaniment based on the precepts of this performance practice.

Opus 2 by Vodička is published as 24th volume of historical series Thesuarus Antiquae Musicae and includes these sonatas: