Czech Radio as the general media partner of the largest and the oldest international film festival for children and youth in Zlín prepared a number of side events organised by Radio Junior and Czech Radio Zlín.

The 62nd edition of the Zlín Film Festival was held from 26 May until 1 June. Throughout the whole week, Czech Radio Zlín broadcasted from its mobile studio from the Zlaté Jablko shopping centre, where the festival films were screened. The studio hosted many interesting guests. Moreover, in the nearby Comenius Park, for the whole week there was a Radio Corner promoting Czech Radio, where children and adults alike had the possibility to try the job of a presenter and record their interview with pre-recorded answers by famous personalities. There was also a competition where the participants could win digital radios. Radio Junior prepared a creative workshop and a special attraction called “Rourov” (Pipe City), which was very popular among children and their parents.

On Saturday 28 May at the Zlín chateau, mujRozhlas presented its attractive Podcast Showcase to young listeners. The visitors could hear extracts from podcast “Stopař” (Hitchhiker), where the main role is performed by David Novotný, podcast “Polštář” (Pillow) on sexual education by presenters Lukefry and Natyla and much more.

On two occasions, Czech Radio filled the Peace Square with people. On Sunday, there was Radio Junior Concert featuring Lollipopz, a music and dance group of four girls, and singers Ben & Mateo, who, on the same day, were interviewed by Radio Junior in live broadcasting with subsequent autograph session in the Comenius Park. Also successful was the Czech Radio Concert held on Tuesday, featuring Monika Bagárová & BAND and the SLZA band. They also performed their joint song “Červánky” (Red Sky). The evening continued by Czech Radio disco in the Castle of Freedom as the Zlín chateau was nicknamed during the festival. The courtyard was full of people and DJ Martin Hrdinka made everybody dance.

Visitors of the festival could meet famous people not only in the streets of Zlín, but also in the Festival Cafe at the Peace Square, where presenter Vladimír Kroc interviewed the stars of the festival.

This year’s edition of the festival was concluded on Wednesday 1 June by a traditional gala night, in which the chief editor of Radio Junior Adam Kebrt, together with jury member Milli Antonia Andrews, handed out the Golden Shoe, an award of the youth jury for the best feature film for teenagers. 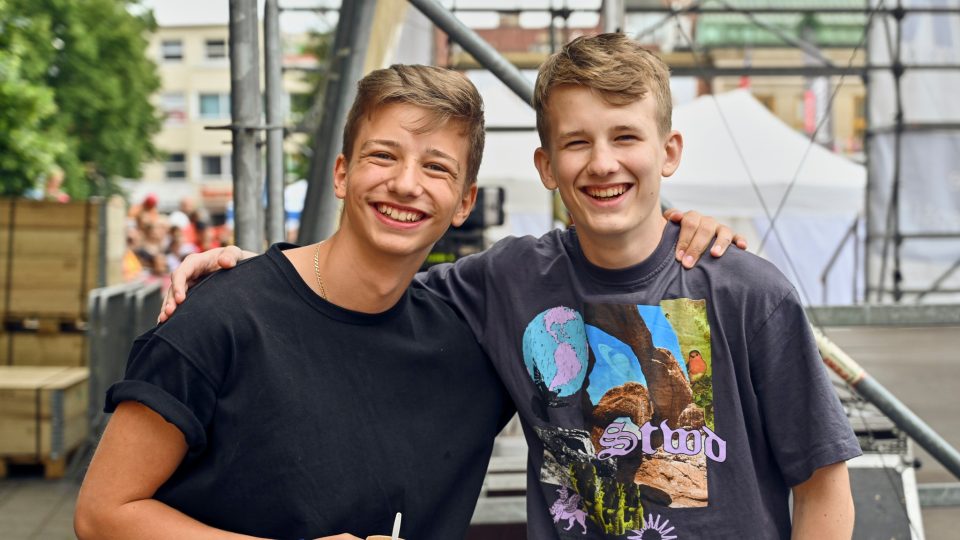